With the World Series over and the Super Bowl a few months away, sports fans can focus on the exciting season of NCAA Men’s Basketball. Timex is proud to offer dedicated fans of college hoops teams with our  Tribute® Collection. Great for game day, or every day, the collegiate Tribute watches come in a variety of styles for men, women and youth featuring the colors and logos of your favorite teams.

Every school is playing for a spot in the coveted Final Four, and here are a few that could be making headlines come March.

Villanova: While the defending National Champions may be re-building (four key players from last year left for the NBA) Villanova has topped 30 wins in each of their last four seasons. They have also won two of the last three NCAA titles so don’t expect much of a slide. 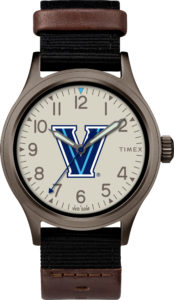 Kansas: Several highly-touted freshmen gave the Jayhawks the sixth-ranked recruiting class last year. The haul was good enough to have Kansas ranked #1 in the AP and USA Today pre-season polls. How quickly the new faces mature will determine how far Kansas goes. 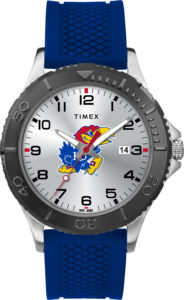 Kentucky: No matter the decade, the coach or the players, Kentucky always finds a way to win. Never at a loss for talent, the Wildcats enter the season ranked #2 and an early season showdown with Duke will be a good test for Kentucky. 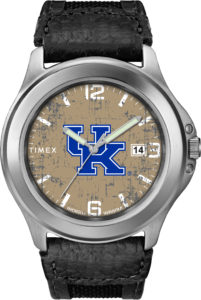 North Carolina: Pundits aren’t quite sold on the Tar Heels, placing them at #8 in the pre-season polls. But an easy early schedule should give North Carolina confidence-building wins that could propel them to an ACC title and beyond. 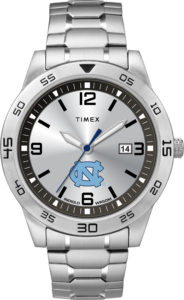 Be ready for the 2018/2019 NCAA men’s basketball season with essential fan gear from Timex.