It used to be that Sunday was for football. But, with games on Monday and Thursday nights, the draft, the combine and its own TV channel, NFL Network, professional football is now a year-round spectacle. At Timex, we understand the passion and emotion real fans have for their team and that this connection doesn’t end after the Super Bowl. These commitments to teams are for life and we have an exclusive NFL Tribute™ Collection for the die-hard football fan.

An essential part of fan gear that will complete anyone’s gameday uniform, or everyday wear, the Timex Tribute™ Collection features all 32 NFL teams in a variety of men’s, women’s and kids’ styles. The Tribute timepieces feature your favorite team’s logo and colors and can be worn at the game, at home, or any occasion where you want to show off your team pride.

We’ll leave predictions to the experts, but as the 2018 season gets ready to kick-off, here are some storylines we’ll be watching. 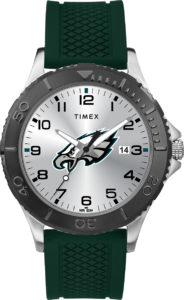 Can the Eagles Repeat: Last year’s run that ended with a win over the New England Patriots in Super Bowl LII was a season that Philly fans won’t soon forget. Now, can the Eagles soar even higher and grab another ring? 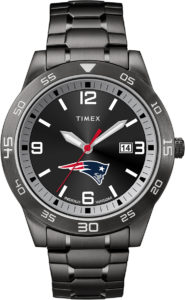 Are the Patriots Still a Favorite: Penciling in New England for AFC Champions has been routine since 2001. Since then, the Patriots have appeared in 7 Super Bowls. The Patriots always find a way to win. Can the Patriots continue to reign? 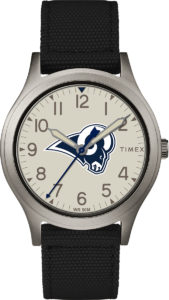 Will the Rams Break Through: The NFC is an open race this year. Several teams have legitimate shots at the Super Bowl. With one of the best defenses, a dominant run game, and up-and-coming quarterback, the Los Angeles Rams may be a party-crasher come January. 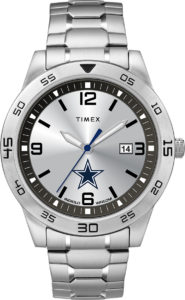 Will the Cowboys Bounce Back: 2016 was a break-out year for the young Cowboys. 2017 was a humbling setback. With a healthy roster and talent across the board, this may be the year Dallas lives up to their pre-season billing. 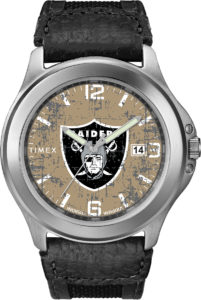 Way out West: Plenty of intrigue in the NFC and AFC West divisions. The Chiefs look playoff ready, the 49’ers appear on the verge of a serious run, the Chargers play their second season in Los Angeles and the Raiders will try to stay focused before their move to Las Vegas in 2020.

Those are just a few of the headlines to keep an eye on. With 17 weeks of NFL football about to kick off on Thursday, September 6, be on time for every game with a selection from the Timex NFL Tribute™ Collection.

NFL and the NFL Shield are registered trademarks of the National Football League. NFL and NFL team marks are the property of the NFL and its teams. © NFL. All Rights Reserved.