timex watchesThough popularized between the 1930s and 1960s, mid-century modern design remains very relevant today. The style has experienced a resurgence in recent years, with consumers prizing the aesthetic’s streamlined forms and functional style in furniture, clothing, and accessories.

Let’s take a closer look at mid-century modern design and Timex’s interpretations of the style:

“The rise of mid-century modern style in the U.S. was inspired by the Bauhaus movement.”

Returning from war
The mid-century modern design movement has its origins in the post-World War II period. Houses and neighborhoods for soldiers returning from war began popping up across the country, with the rise in suburban neighborhoods creating a need for streamlined furniture items that were affordable and functional.

In large part, the rise of mid-century modern style in the U.S. was inspired by the Bauhaus movement taking place in Germany, as well as the influence of Scandinavian designers who valued smooth lines and optimal functionality in their pieces. The Bauhaus movement took its inspiration from modernism and was created to be a counterpoint to the extravagant decorative flourishes of the Art Deco style. In a post-war era, the focus was on utility, but utility in this new age could still be aesthetically pleasing. 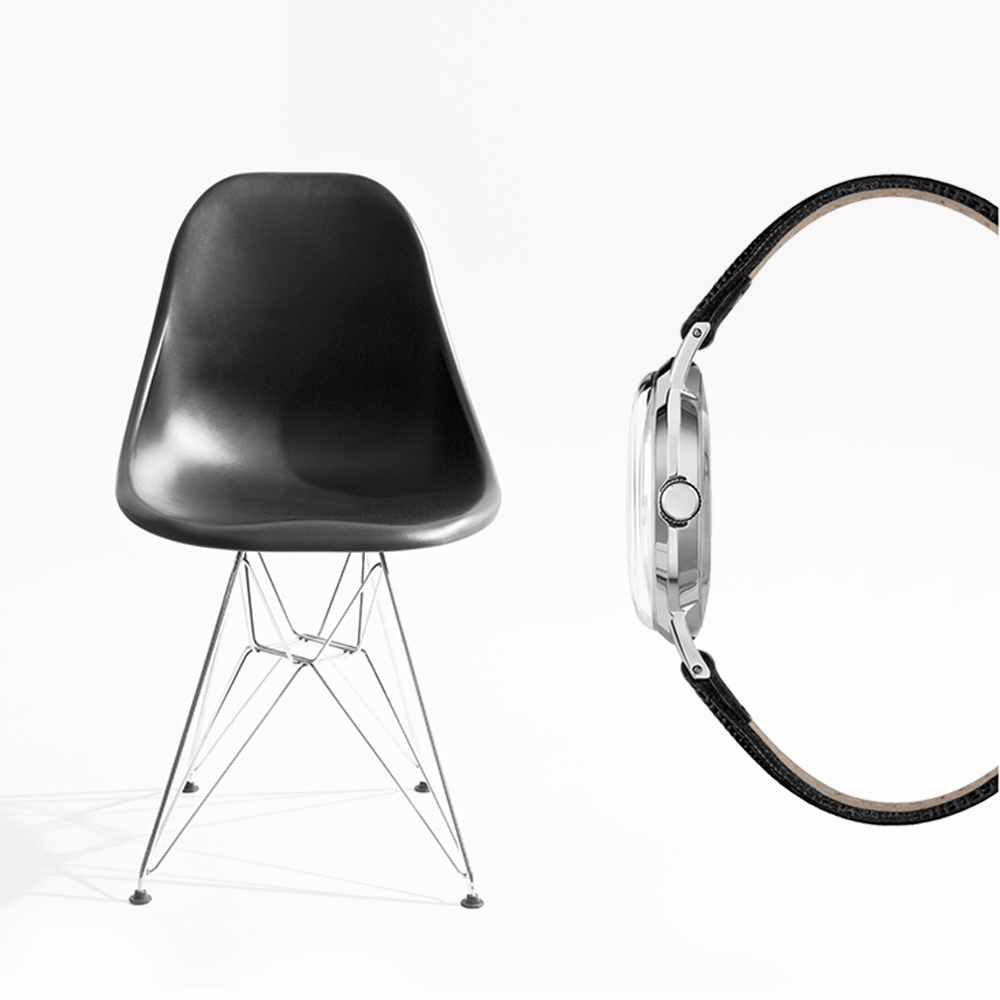 Icons of the era
Across the Atlantic, mid-century modern designers were making names for themselves. George Nelson and Florence Knoll were two such figures who indelibly changed the American furniture, architecture and design mentality.

Nelson founded the supremely influential design house and manufacturer Herman Miller, which introduced the American public to the iconic Eames chair and “marshmallow” sofa. Florence Knoll, who studied under Bauhaus masters, transformed home and office spaces in the U.S., guided by her ethos of examining every element of a space, from fabrics to the shapes of furniture, and the ways they work together.

Timex and mid-century modern design
Recognizing the changing tastes and preferences of the consumer, Timex introduced a series of watches in the post-war period that responded to the need for superior function through its timepieces’ industry-leading durability and accurate timekeeping. In the mid-1950s, as consumers’ disposable income increased and the economy improved, Timex unleashed a new series of watches that offered superior functionality as well as aesthetically pleasing design, proving that watch wearers no longer had to choose between form and function – they could have both. This led to the introduction of the Model 22 in 1958, which featured an elegant style and improved engineering. Then came the release of the Marlin in the 1960s, a watch style still prized for its sophistication.

Today, Timex continues its legacy of blending form and function with the Fairfield collection, a contemporary take on mid-century modern design. Inspired by the Bauhaus movement, the tasteful Fairfield timepieces feature clean and modern designs free of complications.