Robert Barranco, a competitive BMX rider from Florida, doesn’t take life too seriously. With his bike, a backpack and a plane ticket, the 23-year old makes urban exploration a physical journey across the world that follows a personal inner trail.

“I like to live life without a plan,” he says. “My mindset is ‘we’ll figure it out when we get there’. If you don’t have a plan, then nothing can go wrong.”

While he likes to joke that he rides BMX as an excuse to go on trips, he has been a competitive rider since 2014. His first love was motocross but his parents thought it was too dangerous so he settled on pedaling his way through life.

“I like to ride without obligations,” he says. “When the basic needs are taken care of, you can do whatever you want. You just have to find a way.”

Though he is an unsponsored BMX rider, he has visited over 100 skate parks around the world with one of his favorites being Victoria Skate Park in London. To enable his travels, he limits himself to $10 a day, sleeps in cars, stranger’s homes and tents.

“Do whatever you want,” he says, “because one day, that’s all that’s going to matter.”

With the help of a friend he has created a clothing company called FTE Collective, or For the Experience. The online store features a variety of skatewear apparel including t-shirts, patches, wool socks and hats. As with most of his endeavors, Barranco never intended FTE to become a brand.

“It all started when some friends and I would go to restaurants and not even eat to save money,” he says. “We just went to hang out with people we knew who were eating and say ‘I’ll just go for the experience’ It’s a simple phrase that encompasses and explains so many people’s way of thinking and lifestyle in just three little words.”

FTE Collective doesn’t support a living, even one as cheap as his, but it does help achieve simple goals.

“Sometimes I’ll work a few months at a time doing whatever and then disappear,” he says. I’ll find cool skate parks to ride and places to hike with friends. When you’re older you’re not going to look back and remember paying rent and making car payments. You will remember that time you slept outside in a park in France.”

He does admit to occasionally thinking if he will one day settle down, own a home and have a family. For now, though, time is on his side.

“I read somewhere once ‘You’re born and you die. What you do in between is up to you’”, he says. “Right now, all I want to do is ride my bike with friends and travel the world.” 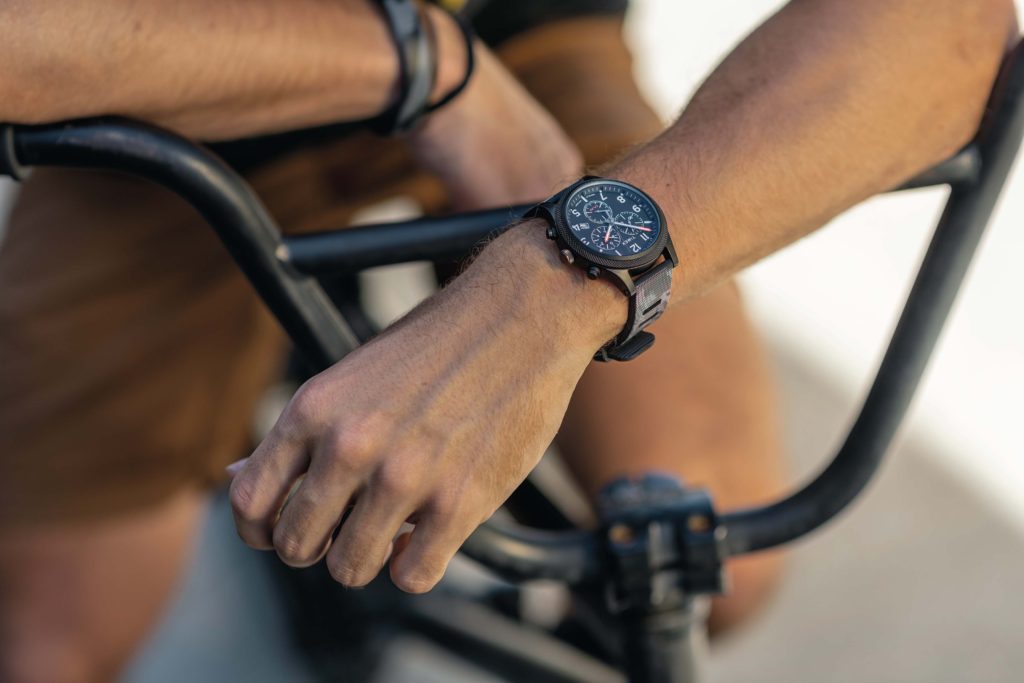