Whether it’s surfing the waves in Indonesia and Mexico, shooting for brands such as Bacardi and Calvin Klein, or just filling his Instagram feed with stunning scenery from his travels, photographer Adam Bartoshesky has one rule: Keep it simple.

Growing up near Ocean City, Maryland, he followed his father and brother into the water. He quickly fell in love with surfing and would join them for surfing trips around the world, instilling in him a passion for adventure. After receiving his degree in marketing, he took a month off to travel before settling down in Los Angeles and beginning an Instagram feed that now boasts over 300,000 followers. 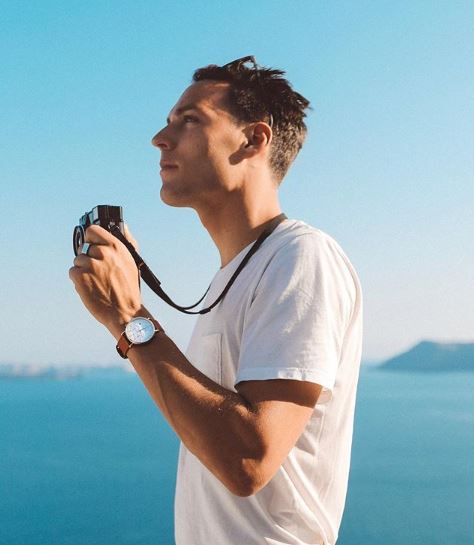 “I started shooting surfing and scenery because that’s what I enjoy,” he says. “But then I began shooting people – my girlfriend specifically – and companies started re-posting. Then it turned into paid gigs and my hobby became a career.”

When Timex reached out to see if he would be interested in doing a campaign, his response was immediate.

“Timex is a very iconic brand,” he says. “I’m a big fan of the watches and, when the idea was mentioned, I thought it was awesome.” 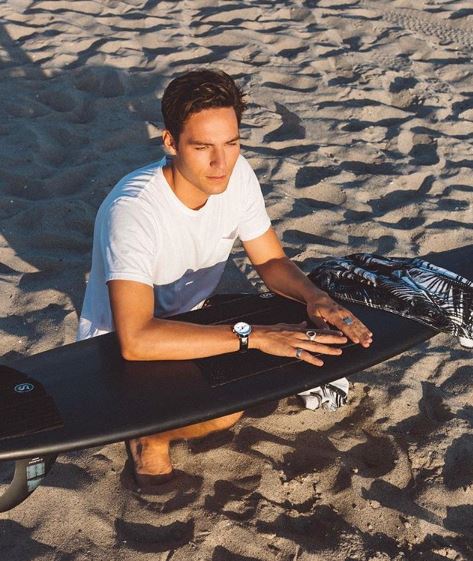 While he often wears watches designed for surfing, the Timex campaign allowed him to indulge in classic menswear looks, including the Fairfield Sub-Second and Waterbury Traditional Sub-Second.

“I’m inspired by a lot of classic styles,” he says. “I like the 1950’s/1960’s cool guy style. I do like some off-the-wall pattern shirts, but mostly I like to keep it simple and go with black and white.”

Though his upbringing was certainly adventurous, it wasn’t a whirlwind of glitz and glam. 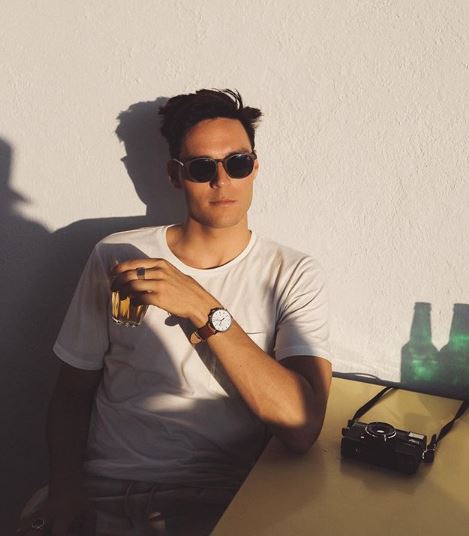 “I grew up very simple,” he says. “I was always attracted to things that last, not trends. I think that’s why I relate to Timex so well – we both have that strong affinity for things that are classic and timeless.”

Like many social influencers, he didn’t have a set plan for being a brand ambassador. He simply continued to fill his feed with images he liked and let the followers accumulate.

“For me, social influencer is kind of a weird term,” he says. “But I can’t think of a better way to describe it. If brands want to reach younger generations, then they have to be prominent on social media.”

With wanderlust in his heart and the world as his muse, you’ll likely find Adam traveling and capturing life as he sees it.

“All good things come from your passions,” he says. “You should do something because you love it. And, in time, you get better at it and hopefully, it can turn into a profession.” 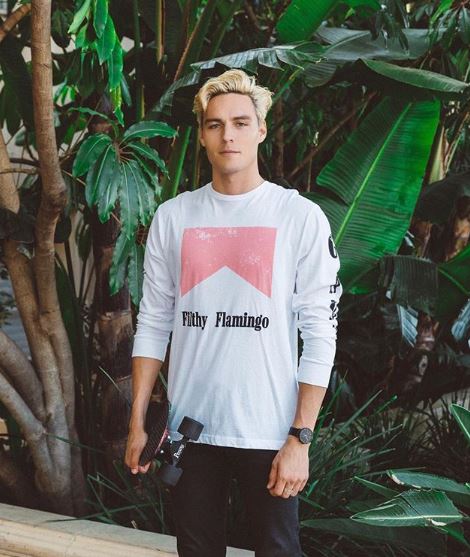