Prior to World War I, a watch nearly always referred to a pocket watch. The wristwatch was invented at the beginning of the twentieth century, but its market had been confined to military use. During the 1899-1902 Boer War in Africa, battle commanders used it to synchronize the movements of army units. 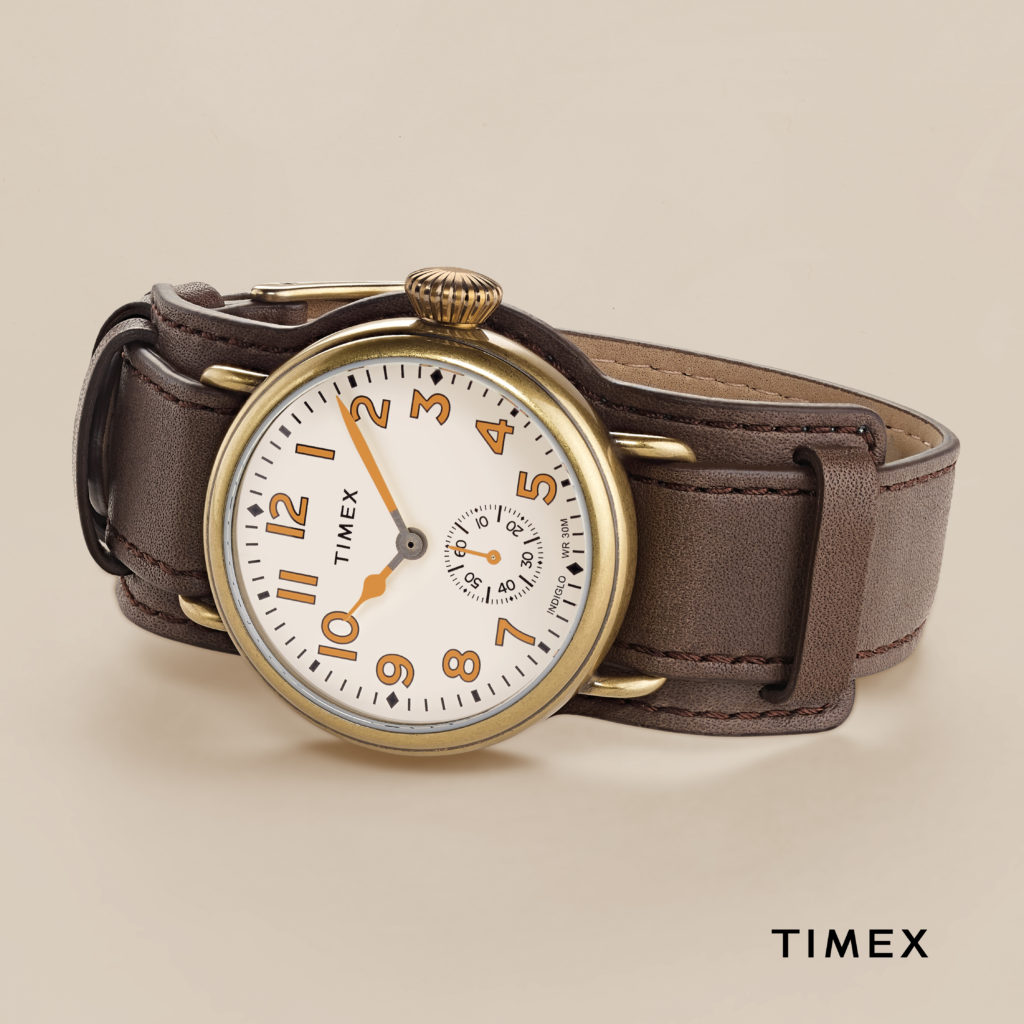 The other wristwatch consumer was the fashionable women to whom French and Swiss designers introduced the timepiece as a stylish piece of jewelry. This created the perception that pocket watches were for men and wristwatches were for women.

This all changed during the Great War when the Ingersoll company transformed its ladies Radiolite Midget watch into a men’s military wristwatch by moving the crown to three o’clock, soldering on lugs and inserting a canvas strap. By the end of the war, many soldiers had become accustomed to the convenience of the wristwatch and it quickly replaced the pocket watch as their preferred timepiece. 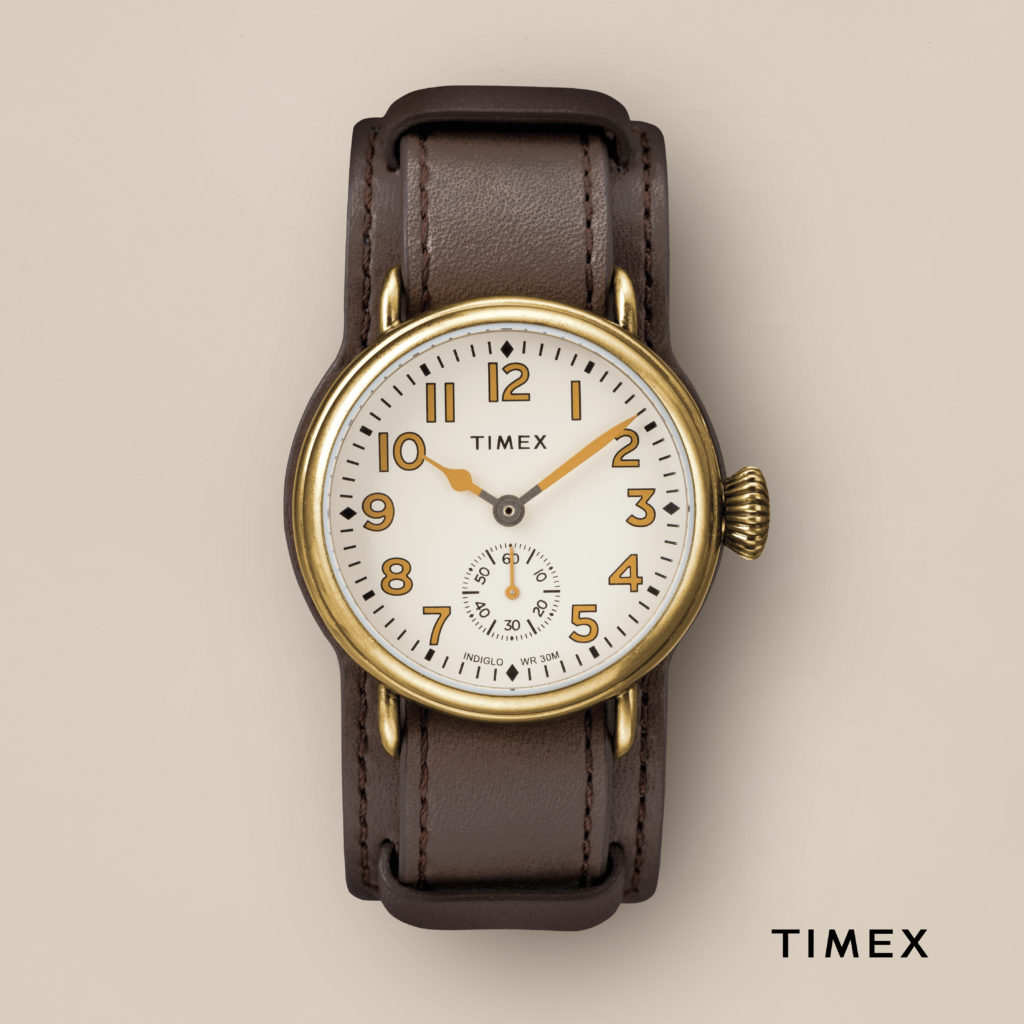 Fast forward to 2017 when Timex would update the classic Midget watch style for an exclusive launch in Japan. Following its success, Timex brought the watch to the U.S. in August of 2018. Replicating the look of the original but with a modern interpretation, the new watch, called the Welton, maintained the pocket watch shape but added a leather cuff on the strap made to be removable made from S.B. Foot Leather.

Two models of the Welton were launched. Both feature a 38mm case, quartz analog movement, leather slip-thru strap and INDIGLO® light-up watch dial. One has a stainless steel case with antique bronze finish and a cream dial while the other has a tumbled finish and black dial. Both are water resistant up to 30 meters.