Timex has worked with some pretty interesting collaborators over the years, but none quite like Michael Cherman. The founder of Chinatown Market, a go-to brand for the streetwear and skatewear scene, has made a big impact on how brands are perceived by doing things most designers would never try. A rebel with a cause, he recently partnered with Timex to launch the Timex X Chinatown Market “SMILEY” watch that will make its debut at the 2018 ComplexCon event in Long Beach.

Prior to the event, Timex spoke to Cherman to learn more about how a nice boy from Brooklyn grew up to be a major disrupter in fashion. 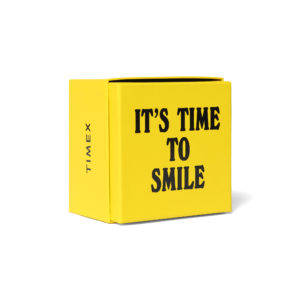 “My goal with Chinatown Market is to shake up the industry,” he says. “I’m not in it just to make money but to give consumers what they want.”

He began his creative process at the age of 15, selling custom print t-shirts to fellow students at his high school. This landed him the moniker “Mikey Merchandise” and almost got him suspended. The experience taught him that he could make money designing t-shirts and that bucking the status quo was a quick way to get attention.

“I prefer to be in uncomfortable places, to break some rules,” he says. “That experience of almost being suspended showed me the impact a simple t-shirt could have.”

After only one year at the Parsons School of Design Cherman dropped out since he had already self-taught himself the skills that made up the curriculum. 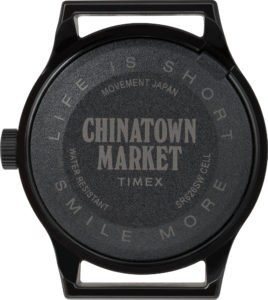 “Too many designers believe there is a barrier to their ideas,” he says.

Unfortunately, he would learn there are also barriers to building a brand.  Instead of treading the same path, he moved to Los Angeles and began Chinatown Market.

“Look, I’m not here to be the coolest dude and fit in with someone else’s idea of what streetwear is,” he says. “I’m going to do what I enjoy, work with brands I like and continue to push the boundaries of what a brand is.” 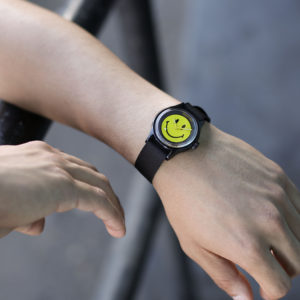 Named for the unique vibe one finds on Canal Street in New York City, the brand quickly became a success after he sold out his original collection again from the trunk of his car to an eager crowd at ComplexCon.

“Chinatown Market operates in what I call Fast Streetwear, he says. “I’m trying to change the trajectory of what streetwear and fashion are doing. I like to think we’re ushering the next evolution of streetwear and consumer trends.”

Having worked with other major brands, Cherman was approached by Timex to see if he would be interested in collaborating on a watch. While Timex was looking for a savvy streetwear designer, Cherman was eager to shed his rebel skin, even if just for one project, and work with a brand long on heritage. 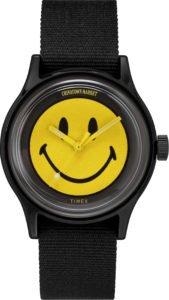 “When the discussions with Timex began, I was excited,” he says. “The Smiley face is something I love to work with and the idea of making a proper watch with that as the dial is a great idea. This project gave me the chance to step aside from the traditional bootleg stuff we do and work with a classic brand like Timex to produce a watch that is more inclusive then what we normally do.”

Using the MK1™ style as a base, the Timex x Chinatown Market watch features a black resin case, yellow dial, custom case back and packaging and, of course, the standout yellow “Smiley” dial. 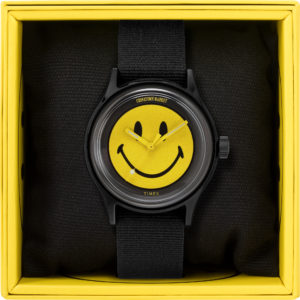 “To me, it’s a smart coming together of the heritage of Timex with the streetwear of Chinatown Market,” he says. “I like the idea of a small brand partnering with a big brand. Today, you don’t have to be a major name to get attention. With social media and creativity, you can get in front of people and companies that before would never have known you existed. The idea is very much DIY, that you really can do it yourself.”

No longer the outsider looking in, Cherman will return to ComplexCon, but this time with a real booth and Timex by his side.

“When I first started Chinatown Market I went to Complex Con and sold t-shirts out of the trunk of my car,” he says. “Now I’m going back with a proper set-up with a brand like Timex so in a way it’s come full circle.”