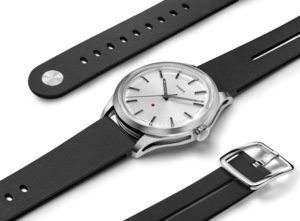 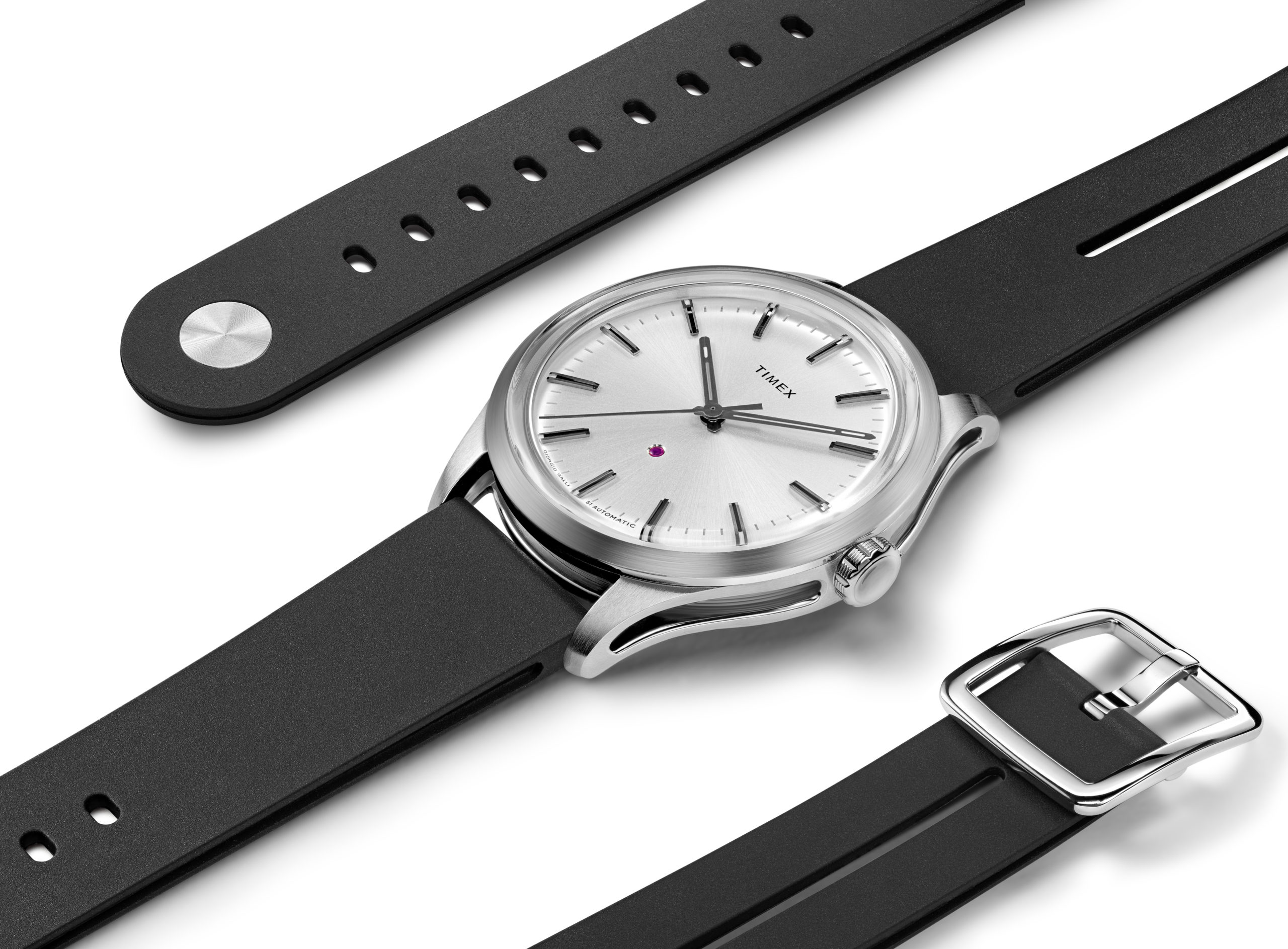 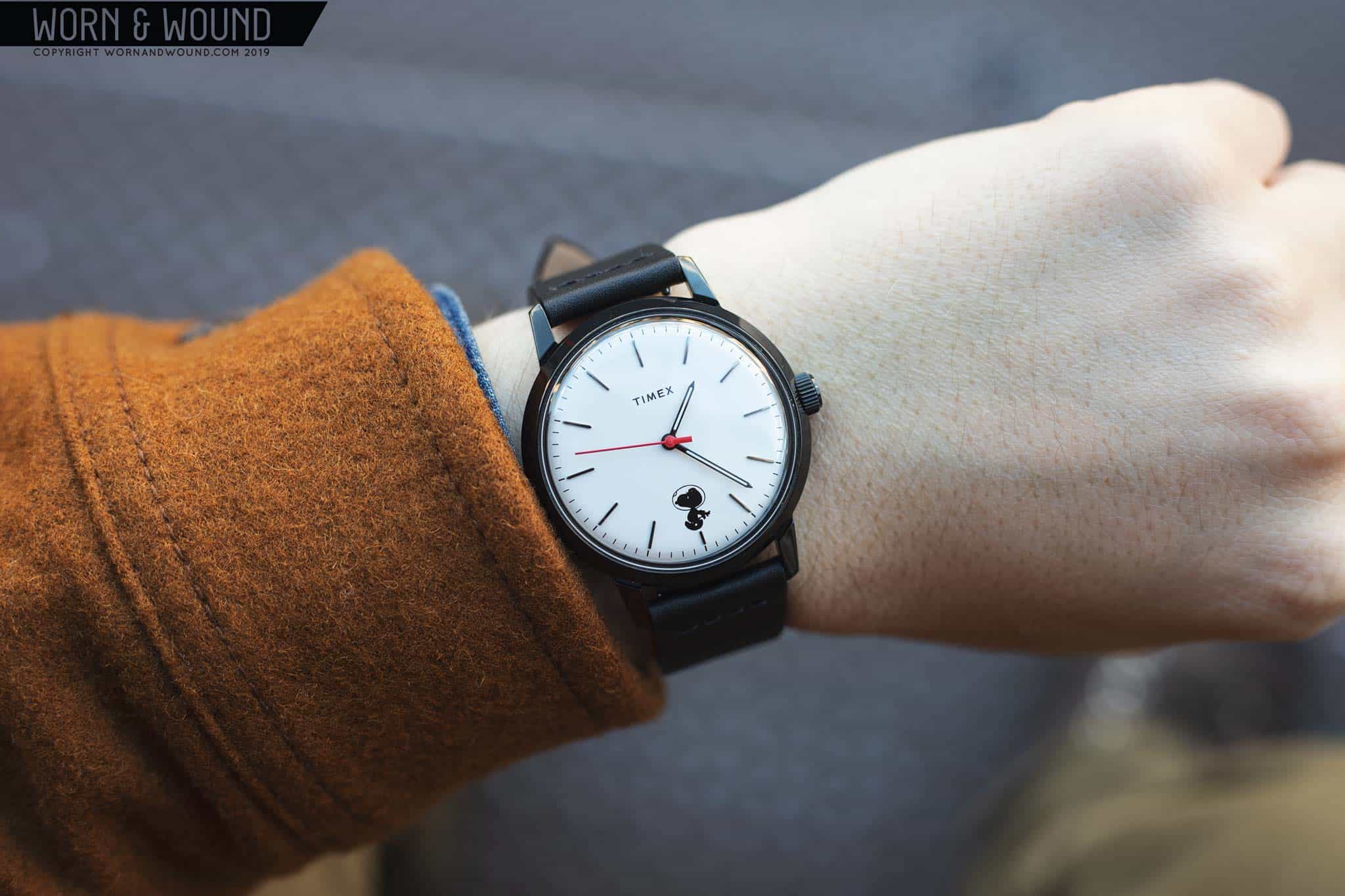 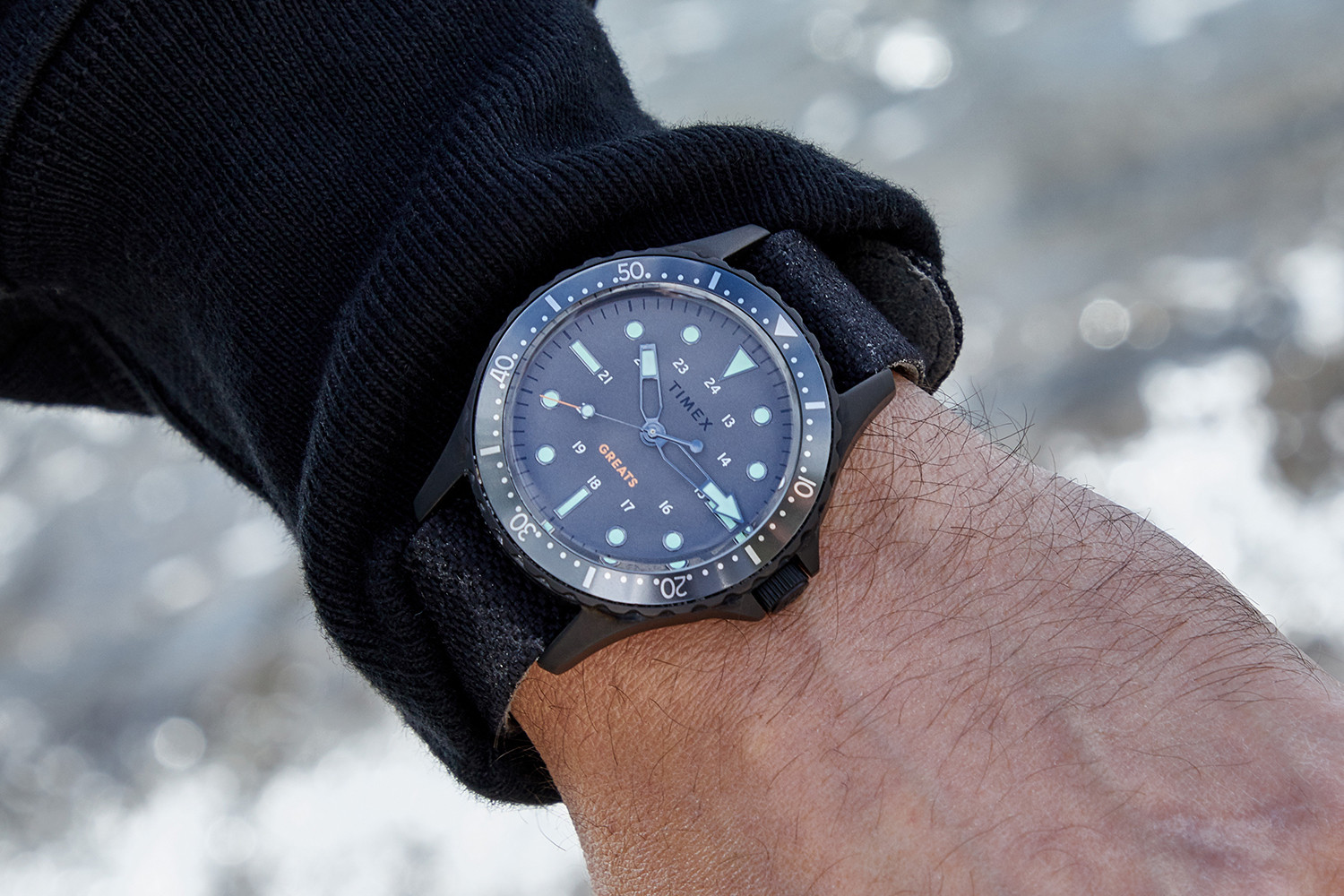 “Back in the day, we went to Greats for one thing: a well-priced, unique, minimalist sneaker that wasn’t a rip-off of Nike or Adidas (like many new brands tend to be). But back in August, the little shoemaker that could was acquired by Steve Madden, and since then they’ve taken the gloves off, offering everything from triple-black recycled to shearling-lined to safari print sneakers.

Now, they’re moving on to non-shoe items. Today, Greats unveiled a limited-edition version of the dive-inspired Timex Navi watch. And just like their shoes, the timepiece is affordable and sleek, with choice details for those who take the time to appreciate them.”

“For the holiday 2019 season, Raised by Wolves teams up with classic watch brand Timex for a reimagined take on the Acadia watch.

RBW puts its signature wolf spin on the piece with an eye-catching aggressive wolf pack visual that looks like a scene from the movie The Grey. However, the imagery symbolizes “the idea of finding your community and running with your own pack, no matter what it takes,” says RBW.” 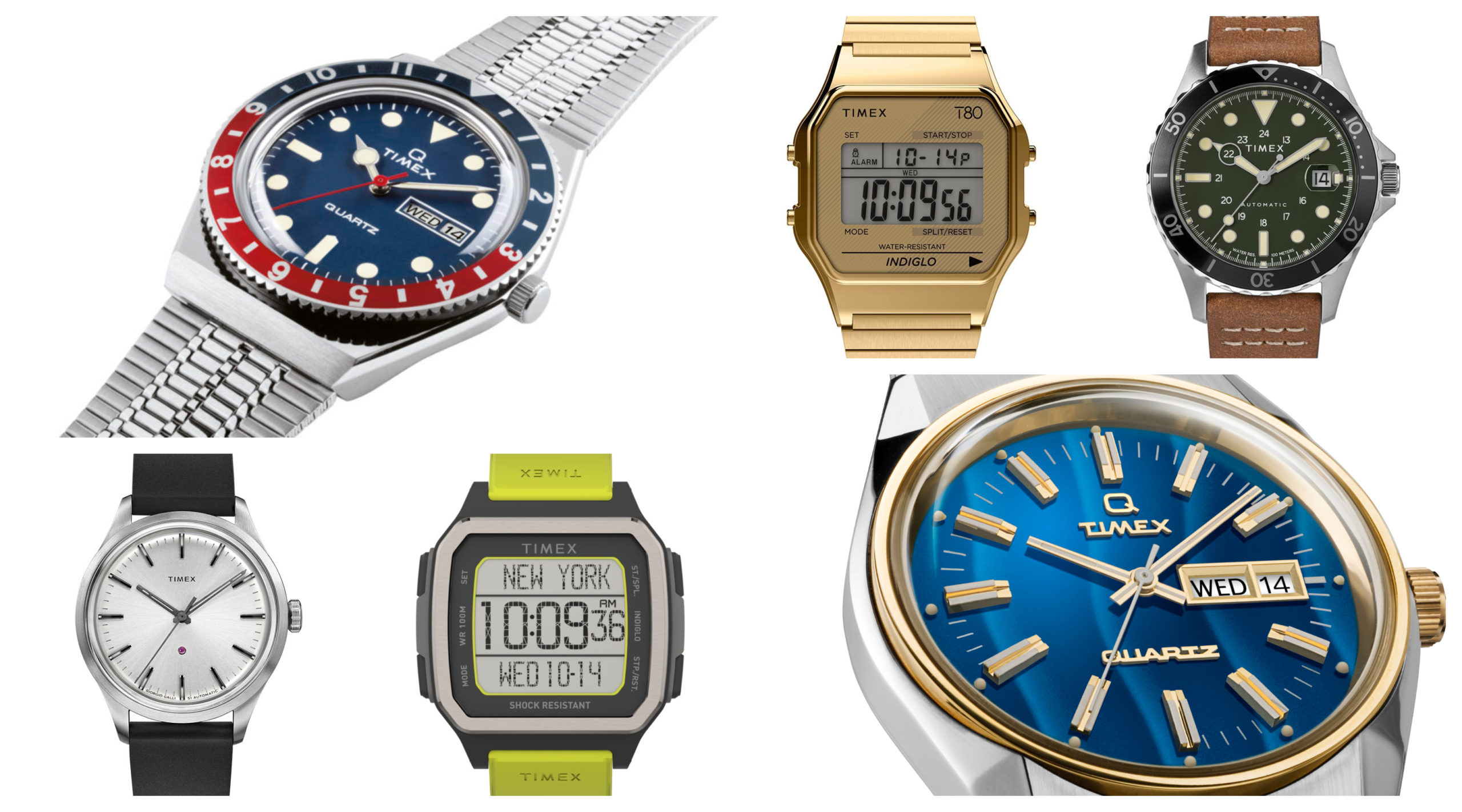 Here at Timex, we’re proud to offer a massive range of watches — they come at prices ranging from wildly accessible to splurge-worthy, and every watch is packed with value and style to spare. Shop our full gift guide below, or shop all our watches from our homepage.

FOR THE SPORTS FAN