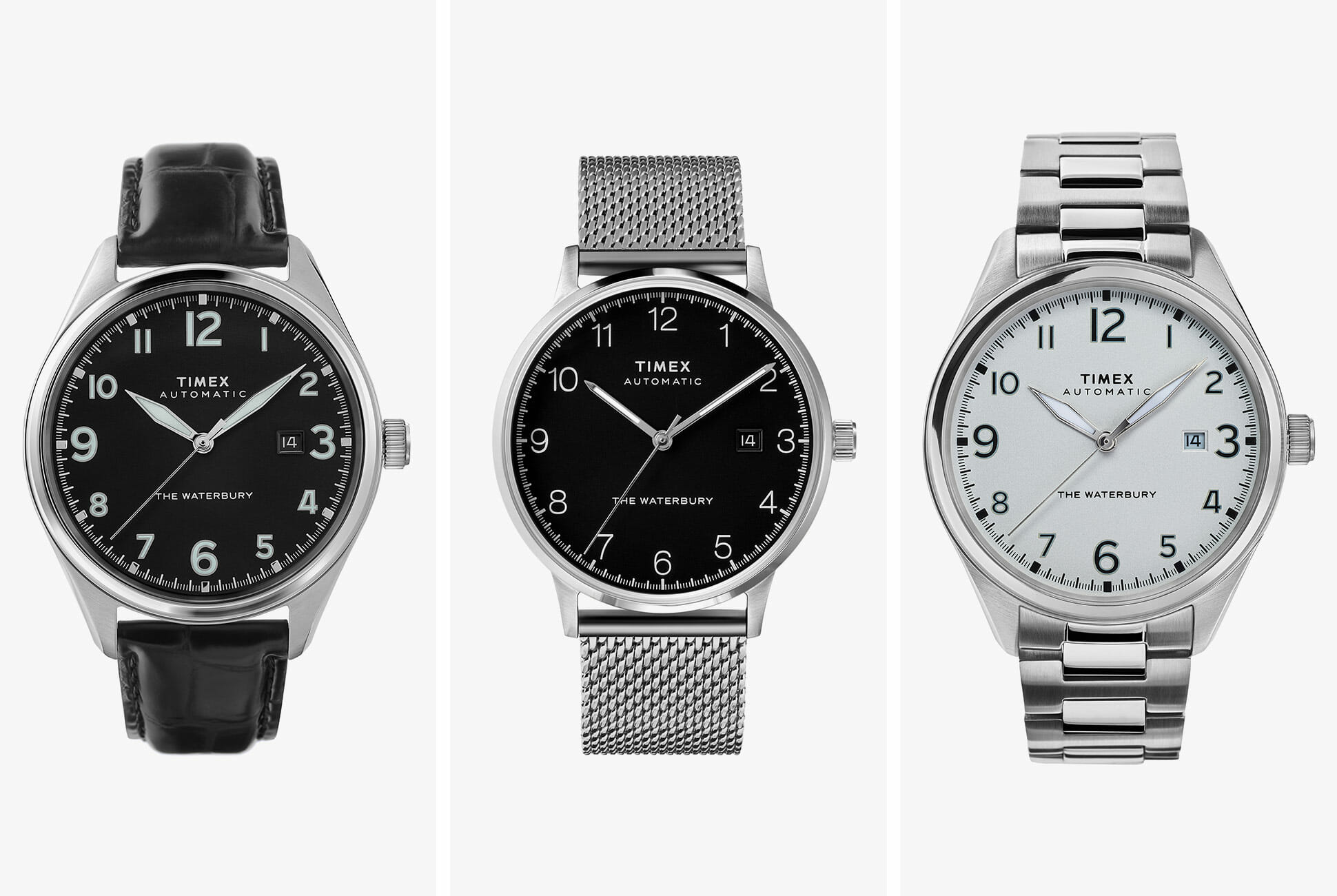 “We’ve written plenty about Timex’s Marlin hand-wound and automatic watches in their various iterations since the original’s release — so much, in fact, that you may be tired of hearing about them from us. But we have news for you — the brand is finally releasing a new batch of automatic watches, and they’re part of a completely different line.

Each Waterbury Automatic features a 21-jewel Japanese automatic movement, an exhibition case back, a stainless steel case, a date function, 50m of water resistance and a 20mm lug width, and they’re all available now on Timex’s website.” 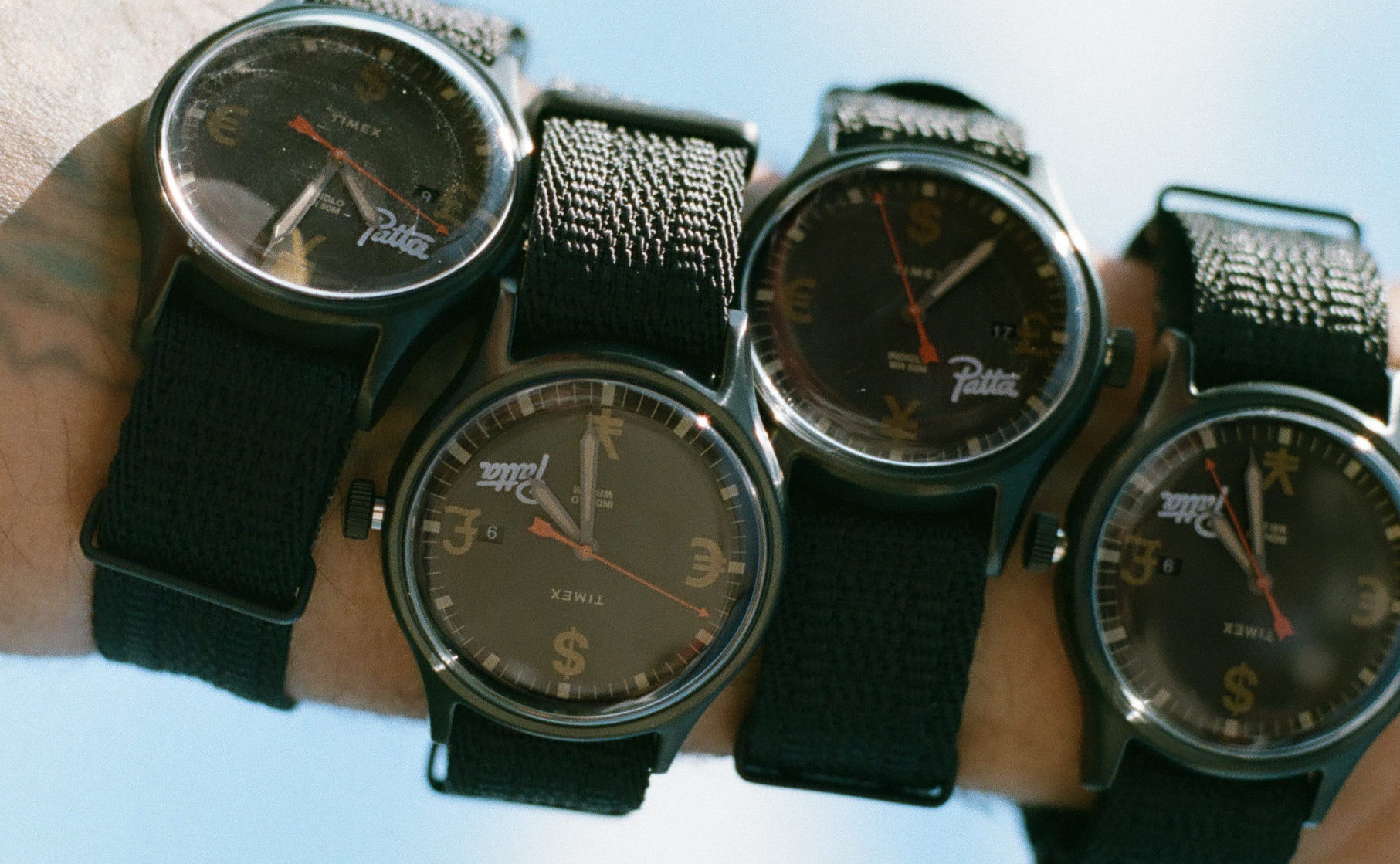 “Sure, Timex is an all-American watchmaker we all know and love. But lately, the brand has been killing it with new products and partnerships that are anything but business as usual, spanning from the brand’s popular Todd Snyder collabs to the limited edition Q Timex reissue. For its latest limited-edition release, Timex partnered with Amsterdam-based fashion label Patta for the new ‘Time is Money’ watch—a timepiece that’s tough and practical and cool and artistic in equal measure.

If this is your jam you can pick up a ‘Time is Money’ watch at any of the European Patta stores found in London, Milan, and Amsterdam. It’s also available for purchase online on Patta’s and Timex’s websites. (Though Patta’s page is down as of Oct 8, 2019.)

The [watch] comes with a special co-branded Patta and Timex bandana and retails for just $130.” 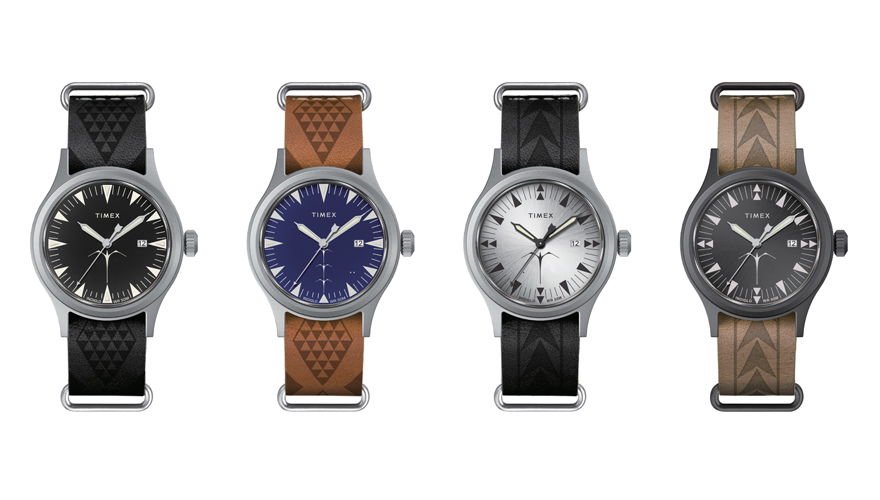 Giogio Galli, Timex’s design director, commented: ‘This partnership with Keone is special because it combines our passions for heritage and tradition to create something that’s as beautiful as it is meaningful.'”

“Following Apple TV+’s Snoopy in Space show announcement, we’ve been seeing Peanuts collaborations pop up left and right including Goyard bags, Marc Jacobs necklaces and more. The most recent release is a watch collection from Timex.

Joining forces with Snoopy and NASA, the series features five watch iterations created from three signature Timex silhouettes. There are two Standards – one with a white face and brown leather strap and the other with a navy blue face and leather strap. Both feature Snoopy landing on the moon and planting the American flag.” 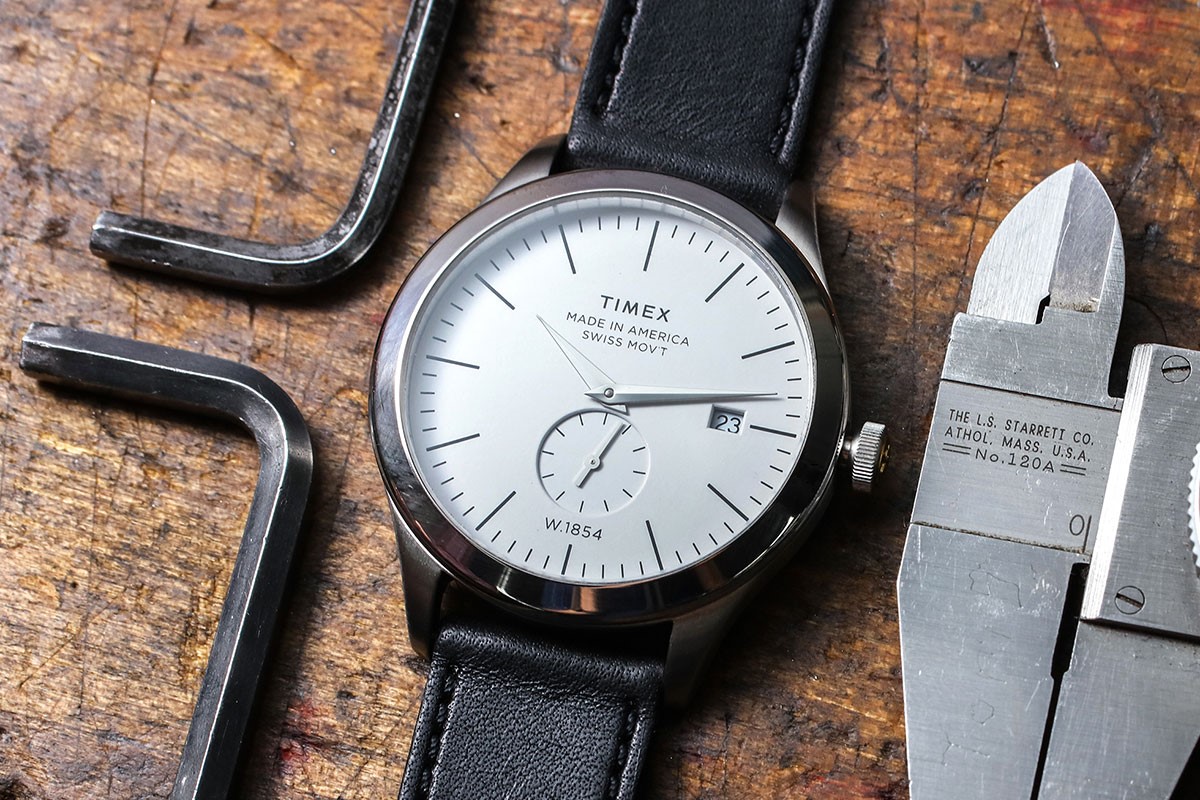 INSIDER, a division of the Business Insider online media outlet, visited Timex headquarters in Middlebury, Connecticut, for a behind-the-scenes look at how our American Documents watches are assembled right here in the USA. 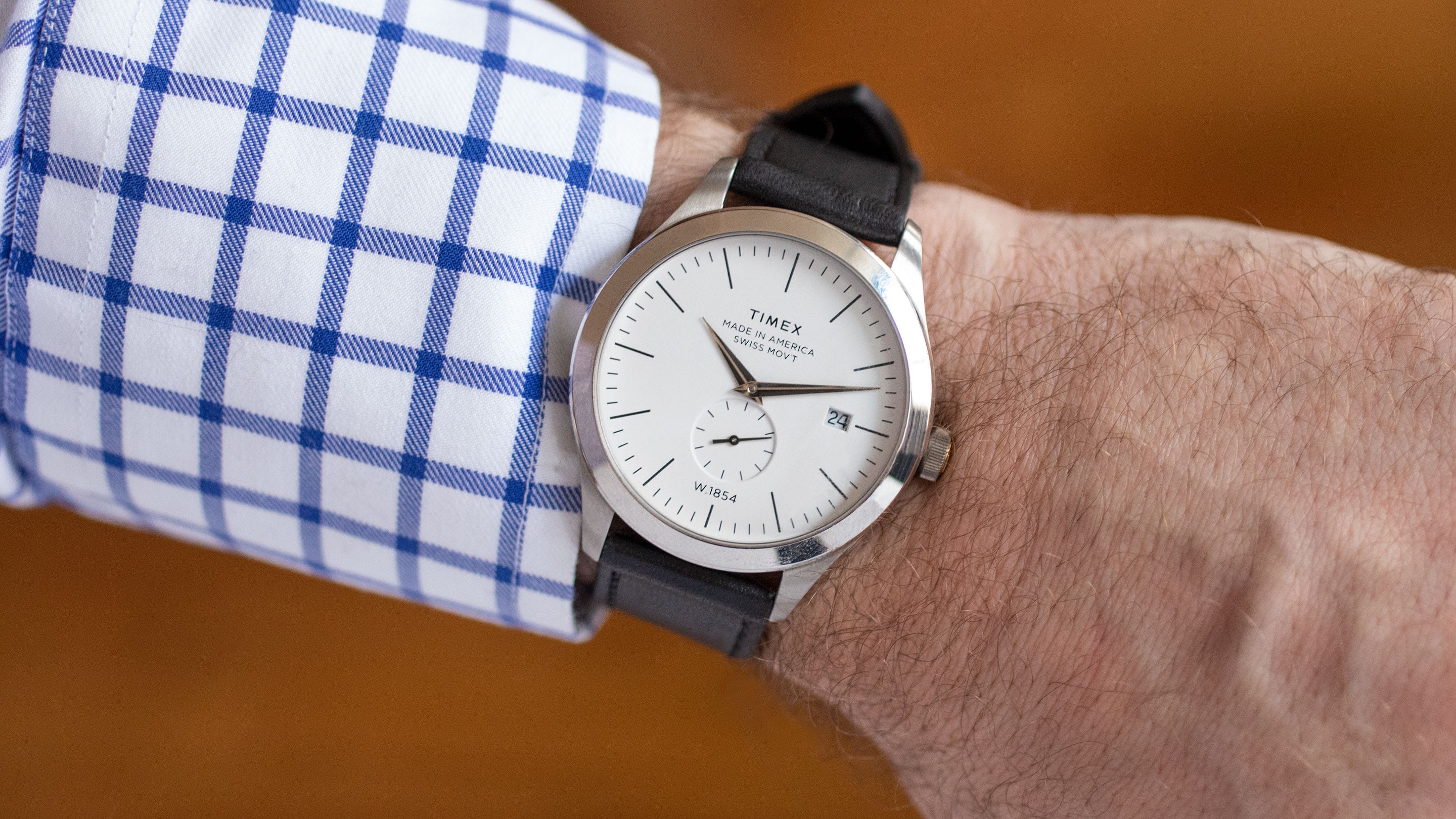 “Timex watches are up there with the Ford Mustang and Budweiser beer as quintessentially American products. Even folks outside the watch world are familiar with the once-popular slogan ‘Takes a licking and keeps on ticking.’ The company is based in Middlebury, CT, and they’ve been around the area since 1854. In a way, they’ve transcended the typical role of a watch manufacturer and become a small slice of American culture. Bill Clinton was known to wear a Timex Ironman while holding office, for example.

But they haven’t produced any watches on American soil since well before the era of the quartz crisis in the 1970s. Globalization and market forces pushed (or rather, pulled) manufacturing overseas for many companies during that time. In 2019, Timex is getting involved in domestic production once again with a model that’s assembled in the U.S. from mostly domestically-made parts. The quartz movement is the only exception, and that comes from Switzerland. This project is called the American Documents series and at launch it includes four models, all in steel, with black, white, dark grey, and midnight blue dials. Each is priced at $495.” 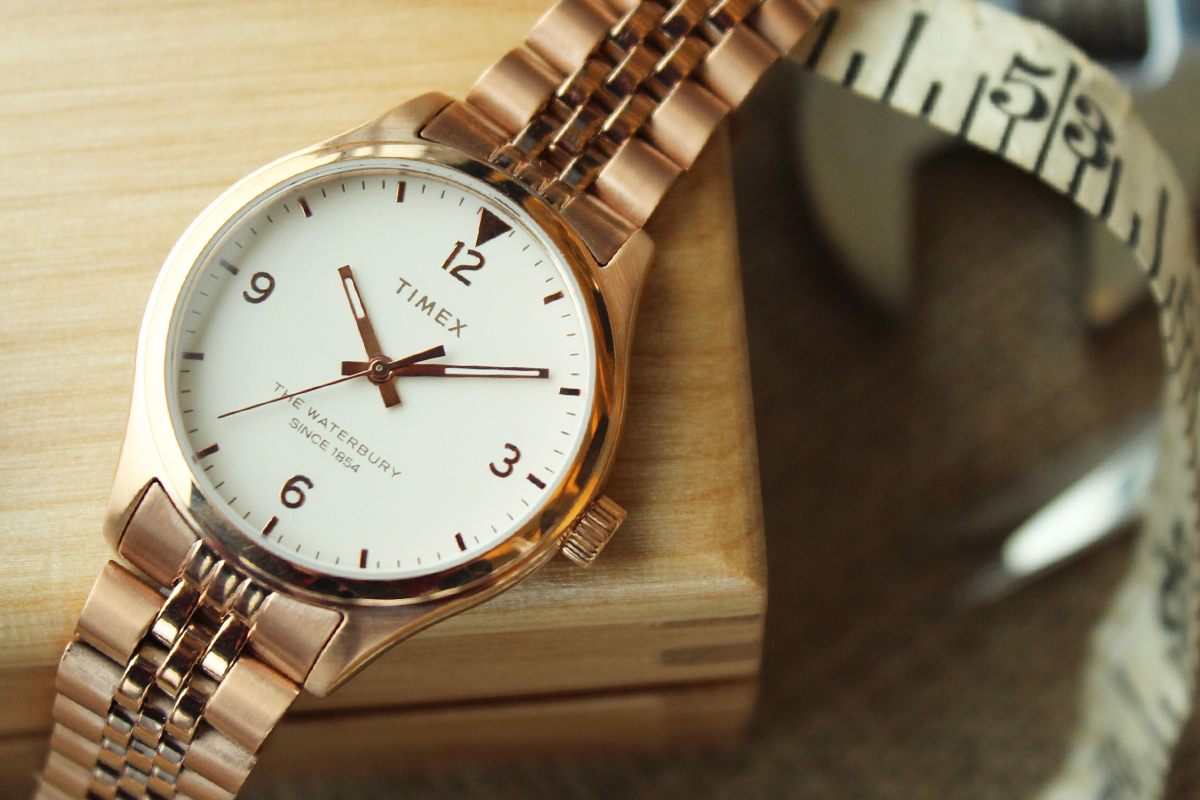 This buying guide was published in the print edition of InStyle, featuring our Waterbury Traditional women’s watch.

“Originally known as the Mil-Spec W-46374B, the MK1 is the only timepiece in Timex’s long history of producing military watches to be officially contracted by the US government. It was produced for only two months in 1982 for the US Marines, featuring a lightweight body and simple hand-wound movement. It was considered such a ‘disposable’ watch, in fact, that it came with instructions on how to dispose of it.”

SHOP THE WATCH ON YMC 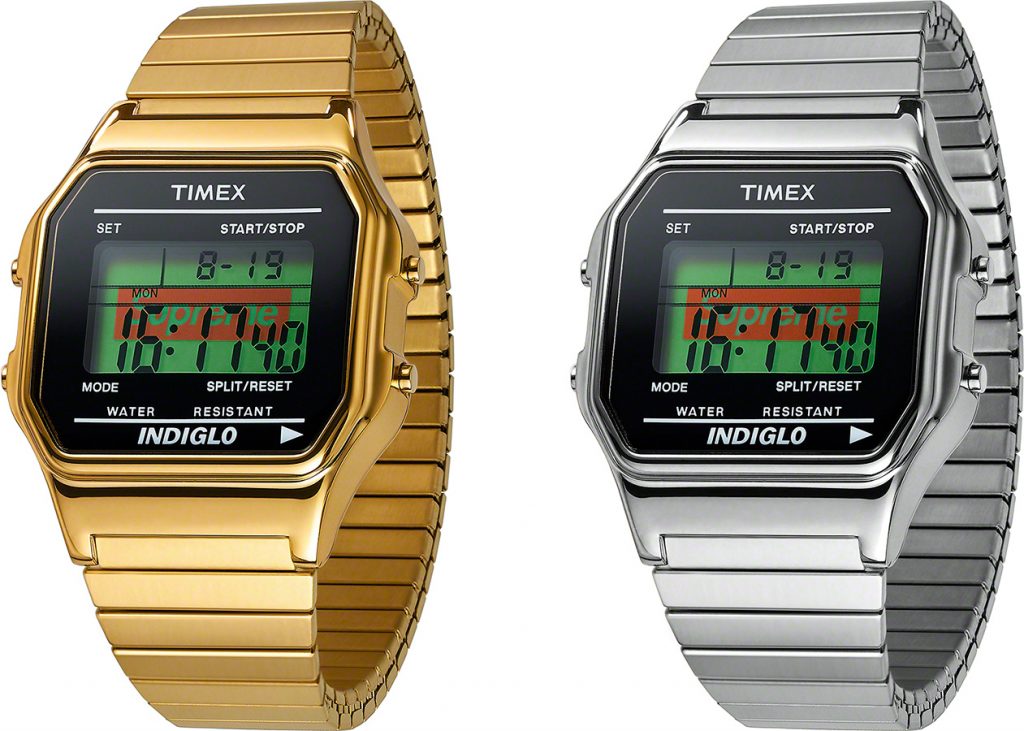 This wildly-hyped collab was part of a seasonal drop from Supreme; our watches sold out in a matter of seconds. 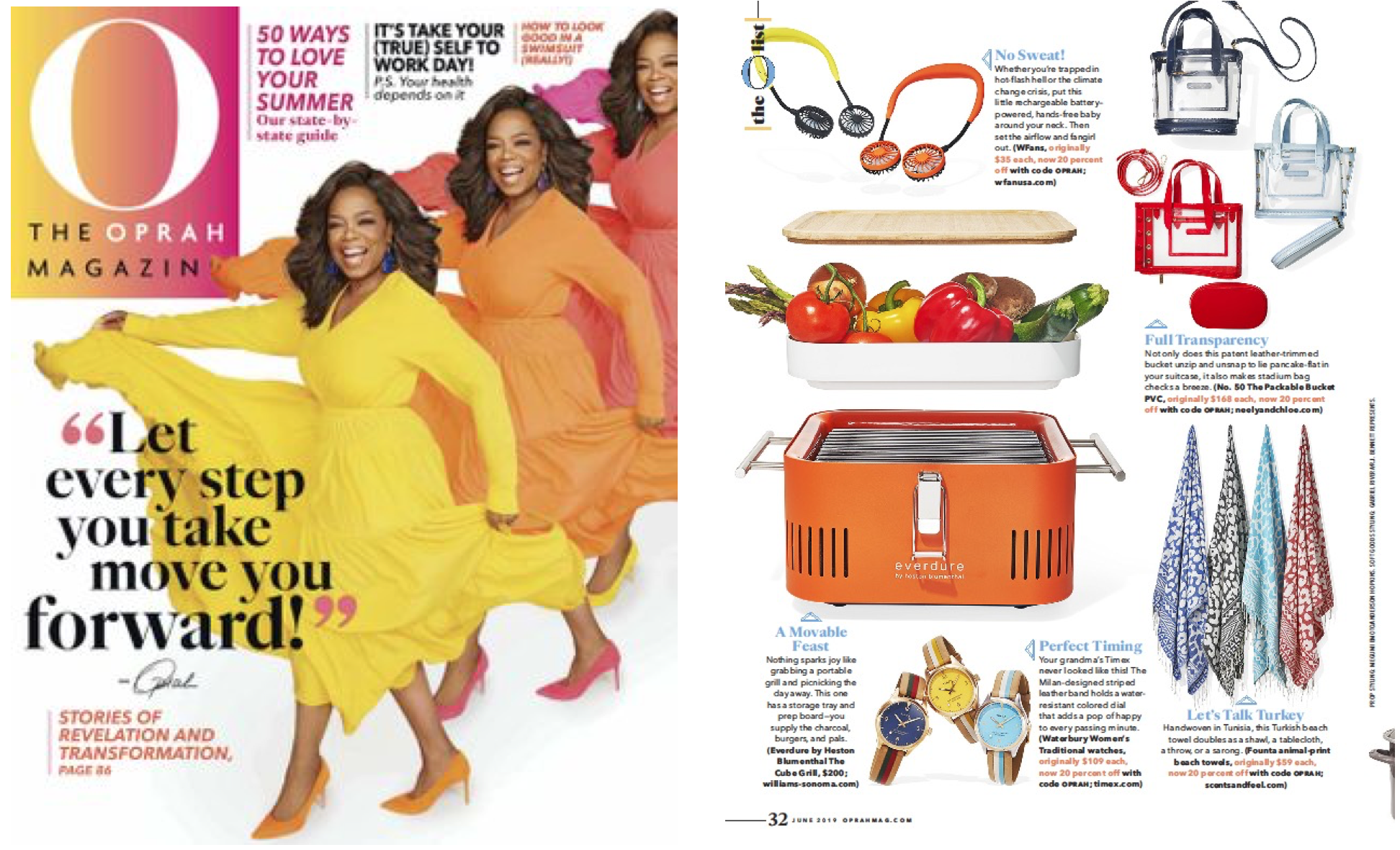